Did You Know: Double tap the free drive button to activate force copilot

Robotiq’s force co-pilot expands on the ease of use and capabilities of your Universal Robot. The ActiveDrive function takes free drive to a new level allowing you to restrict the axis of movement and use the force sensor to guide the robot for precise positions.

Previously with ActiveDrive you had to click the + icon on the pendant and press the on button before you moved the robot with ActiveDrive. This would become quite awkward while creating a large program.

Now you can just tap the free drive button twice and hold on the second press. If you have the ActiveDrive window open you will see the On/Off button turn red indicating that it is on.  It can take a few tries to get the hang of it, but once you do it will allow you to create programs easier and faster than ever! 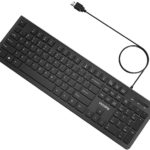 Quick Tip: Using a Keyboard with the Universal Robot

Having good comments and variable names can make your program much easier to understand.  Turbo-charge your typing by plugging a USB keyboard into the robot... Continue reading 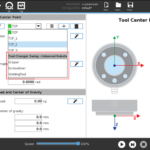 Dual End-Of-Arm-Tooling (EOAT) is commonly utilized to shorten robot movement.  When tending a CNC machine, the robot will pick a new part with one gripper... Continue reading 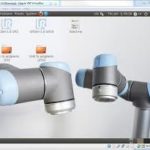 They call it URSim and it’s a simulation of the complete Polyscope software. It is intended for offline programming and simulation of robot movements. The... Continue reading 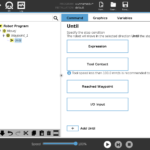 When needing to stop the motion of the robot, instead of using an “If” statement and checking the expression continuously. Use the “Until” feature of... Continue reading